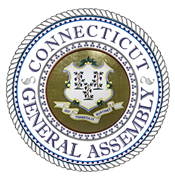 As the February session of the Connecticut General Assembly begins, a number of bills have been raised that can help in the fight to ending animal abuse and neglect in Connecticut.  Raise your voice in support of these bills.

The Connecticut General Assembly Considers Bills That Will Benefit Animals

The February session of the Connecticut General Assembly is underway, and three Bills will be introduced that may benefit the welfare of animals.

House Bill 5344: AN ACT CONCERNING SUPPORT FOR ANIMALS THAT ARE NEGLECTED OR TREATED CRUELLY (AKA Desmond’s Law)

This Bill would permit the use of animal advocates in certain legal proceedings relating to neglected or cruelly treated animals.  Representatives can advocate for the interest of the animal or the interest of justice in the event the animal is deceased.  The law was named in honor of Desmond, a former shelter dog, whose abuser and killer was able to avoid jail time.

House Bill 5147: AN ACT INCREASING THE MAXIMUM PENALTY FOR PERSONS CONVICTED OF SUBSEQUENT OFFENSES OF MALICIOUS AND INTENTIONAL ANIMAL CRUELTY

This Bill is aimed at increasing the penalty for subsequent animal abuse offenses and generally prohibiting the availability of accelerated rehabilitation for violators committing multiple offenses.

HB 5315: AN ACT CONCERNING THE PREVENTION OF THE HABITUATION OF POTENTIALLY DANGEROUS ANIMALS, THE POSTING OF INFORMATIONAL NOTICES CONCERNING ENCOUNTERS WITH WILDLIFE AND THE STATUS OF SNAPPING TURTLES UNDER STATE LAW

This Bill would REQUIRE signage in state parks and forests showing people what to do when they encounter bears. It would also promote regulations that prohibit the feeding of bears.This is proactive legislation that would help minimize human vs. bear encounters, and save lives – both human and bear – as a result.

HB 5443: AN ACT CONCERNING THE USE OF BREED OF DOG AS AN UNDERWRITING FACTOR FOR HOMEOWNERS AND TENANTS INSURANCE POLICIES

This Bill would limit the potential for insurers to use the breed of a dog as a factor in underwriting insurance policies for homeowners and tenatnts.

Public testimony has been heard, but you can always lend your voice.  Contact your Representatives and let them know you support these bills.  To find your local Representative, click here: https://www.cga.ct.gov/asp/menu/cgafindleg.asp