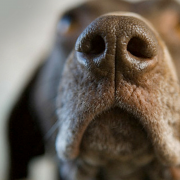 Your dog’s nose is more than just a cute little button at the end of his adorable little face. His nose is an amazing part of his anatomy that serves two functions—respiration and smell. While most people know that dogs have a superior sense of smell, not everyone knows just how those cute little buttons at the end of their faces have adapted over time to function much better than ours.

A dog’s nose separates the air that goes into it into two portions. One portion is dedicated to breathing, while the other portion is sent directly to the olfactory sensing area. This area has up to 300 million receptors compared to the approximately six million sensors that we humans have. Not only do dogs have far more olfactory receptors, the portion of the brain responsible for processing smells takes up many times more relative brain area in dogs than in humans. All of this means that dogs can separate and remember a staggering variety of specific scents at concentrations 100 million times smaller than what our noses can detect. That equates to a dog being able to smell 1/2 teaspoon of sugar in an Olympic-sized swimming pool of water.

Dogs inhale through their nostrils and exhale through slits at the side of the nose. Their noses are designed so that air can move in and out at the same time, creating a continuous circulation of air. As they breathe in and out, they are also smelling in stereo. Each nostril picks up different scent profiles which allows them to determine from where the scent is coming. Within the first few moments of sniffing, a dog becomes aware of not just what kind of things are around them but also where they’re located.

In addition to being able to smell substances in their surroundings, dogs have a second scent receptor in their nose that’s dedicated solely to sniffing out pheromones. This makes it possible for your dog to identify potential mates, differentiate between friendly animals and potential predators or enemies, recognize the emotional states of their human companions, and even notice when someone is getting sick or is pregnant.

With such an amazing sense of smell, it is easy to understand why your dog spends so much time lingering on so many spots on his walk. While it might be tempting to hurry him along, pulling your dog away from smell-rich environments may actually cause his sense of smell to diminish, and with a nose as sophisticated as him, that would simply be unfair. 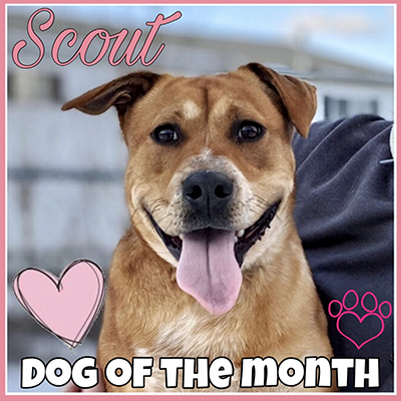 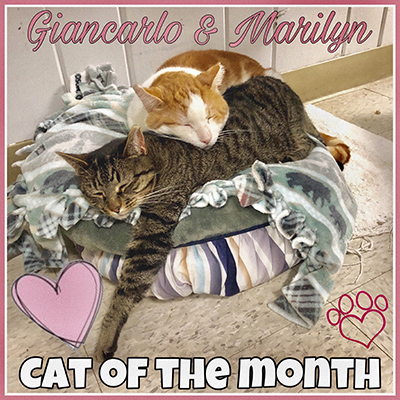