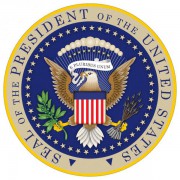 On June 22nd, President Obama signed a revision to the Toxic Substances Control Act which includes a decree to minimize animal testing and create a clear preference for the development and use of alternative methods and strategies.  This is a great step forward in reducing animal testing and protecting animals of all kinds from inhumane treatment.

President Obama Signs a Measure That Will Reduce Animal Testing

On June 22, President Obama signed a revision to the Toxic Substances Control Act, a 40-year-old law that provides the EPA with authority to require reporting, record-keeping and testing requirements, and restrictions relating to chemical substances and/or mixtures.  The Act had not been updated in 20 years, but now this revision includes an explicit decree from Congress to minimize chemical testing on animals and requires the EPA to create and promote a database of alternative methods and strategies for testing.

The EPA will have two years to create and implement a specific plan to develop alternative testing methods that may include in vitro methods to test isolated human cells against chemicals, the use of computer modeling to understand a chemical’s effects on cells, and creating a database to better identify the chemicals we know are safe.

The portion of the bill relating to animal testing was championed by Cory Booker (D-NJ) and David Vitter (R-LA).  President Obama’s signing of the bill is a step in the right direction to transition away from outdated animal testing, thus sparing countless animals from suffering.

Read more about this important change in legislation.

Sign Up Today!
Recognizing the Signs of Heatstroke in Pets

A Spotlight on DAWS Volunteers
Scroll to top