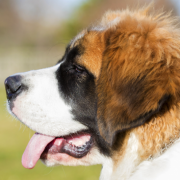 Many animals adopted are returned to shelters by their adopted parents. Often potential pet parents aren’t prepared for the commitment that comes with adopting an animal. It’s important to consider a number of factors before adopting, including picking a pet personality that matches yours. With careful consideration, you can make a match that will last a lifetime.

Reduce Returns: Pick the Right Dog for Your Personality

Many people may not know that up to 20% of animals adopted are returned to shelters by their adopted parents, many within the first few weeks or months of ownership. There are a variety of reasons for relinquishing a pet that have nothing to do with the animals themselves.  Often potential pet parents aren’t prepared for the commitment that comes with adopting an animal, and surveys have shown that often the reason give for a was “unwanted/incompatible” (12%). To reduce the number of returns, it is important for potential pet parents to carefully consider the type of pet personality and activity level that will best match theirs.

Dogs, like children, require attention and engagement. It is important to consider the type of activity level you are looking for in your new companion before adopting. When looking for a specific breed, know that some are more active than others.

While it would seem that smaller dogs wouldn’t need as much exercise as a larger ones, that isn’t necessarily true. Dogs sleep many hours during the day, but studies have shown that some larger canines are actually among the laziest. Sometimes referred to as “mat dogs” for their seemingly endless naptimes, breeds like the Mastiff, Newfoundland, Pyrenees and Saint Bernard, can sleep more than the average 12 to 14 hours per day.

On the other end of the size spectrum, smaller dogs, like the many types of terriers, have often been called “little terrors,” when not exercised enough. Other smaller breeds that are considered high-energy dogs are the Australian Shepherd, Beagle, and Poodle.

When looking at younger dogs versus older dogs, it’s important for potential adopters to consider their age, as well, when making their selection. Puppies require a lot more attention and training than senior dogs. They are very active, require work with potty training, and need a lot of play and training. Many senior dogs have already been housebroken and have outgrown their need for constant attention and activity. Many senior dogs are healthy and will make great companions for years to come, but sometimes matching a senior human with a senior dog may require more consideration. Some senior dogs could develop health issues that an older person may not be able to handle.

Some dogs are more comfortable as lap dogs and would pair nicely with a senior citizen. Canines that are content to relax on a lap include:

While some people enjoy the pomp and circumstance involved with having a poodle that needs a great deal of grooming, others don’t want a dog that needs that much attention. All dogs need some regular grooming, but a long-haired dog, like a Lhasa Apso, will require far more grooming than one with a short coat, like a Dachshund.

The vast majority of the time, large breed dogs age much faster than small breeds. Compare the average life expectancy of an Irish Wolfhound at around six years to that of a Chihuahua that could live eighteen years or more. While some may not want the grief associated with losing a dog before it’s tenth birthday, others may not want to commit to caring for a pet for two decades or more.

Making the decision to adopt an animal means making a commitment to care for a living creature throughout its lifetime.  That is a commitment that should not be taken lightly. To reduce the potential need to return an adopted dog because of incompatibility, carefully consider your own lifestyle, age, and exactly what you want from your new animal. There is a perfect match for everyone, and the rewards of saving a life are endless.

A Heartfelt Farewell to a Friend
Scroll to top